Imagine that you have been designing a programming language for over 30 years and that it gradually became widely used across the globe. Some of the decisions you made at the beginning were excellent and contributed to the success of your project. Some others, however, were not the best: over the years you and your users realized that the world would have been a better place if those choices you made eons ago were slightly different.

You keep evolving your language, adding useful features and keeping it up to speed with the competition. The bad choices and older (now obsolete) constructs still linger.

You try removing the most dangerous and least used aspects of the language, and while their dismissal is highly successful, some users will undoubtedly be hindered by it. For more popular constructs, you attempt deprecation: a large part of the community welcomes it and migrates their codebases, while another finds the work required to achieve conformance either unjustifiably large or impossible due to legacy dependencies or licensing issues.

There seems to be no way out until you stumble on this post. Its author makes an incredible claim, worthy of the worst clickbait advertisement:

At this point, you immediately think that this guy must be insane. Then he says…

Also, someone already did it. And it works.

In the C++ community, Rust is a controversial topic. Some people seem frightened by it, and most are justifiably skeptical. Maybe we should start saying “R-word” like we say “M-word” instead of monad.

Anyway, I believe that Rust elegantly solved the problem of language evolution, by using a system called “Editions”.

From “What are Editions?”

Every two or three years, we’ll be producing a new edition of Rust. Each edition brings together the features that have landed into a clear package, with fully updated documentation and tooling.

When a new edition becomes available in the compiler, crates must explicitly opt in to it to take full advantage. This opt in enables editions to contain incompatible changes, like adding a new keyword that might conflict with identifiers in code, or turning warnings into errors.

A Rust compiler will support all editions that existed prior to the compiler’s release, and can link crates of any supported editions together.

Edition changes only affect the way the compiler initially parses the code.

Therefore, if you’re using Rust 2015, and one of your dependencies uses Rust 2018, it all works just fine. The opposite situation works as well.

Additionally, automatic migration from an older edition to a new one is often possible.

Everything I described above is possible because Rust is module-based, and doesn’t support textual inclusion like C++’s #include preprocessor statement. In visual form, this is roughly what happens: 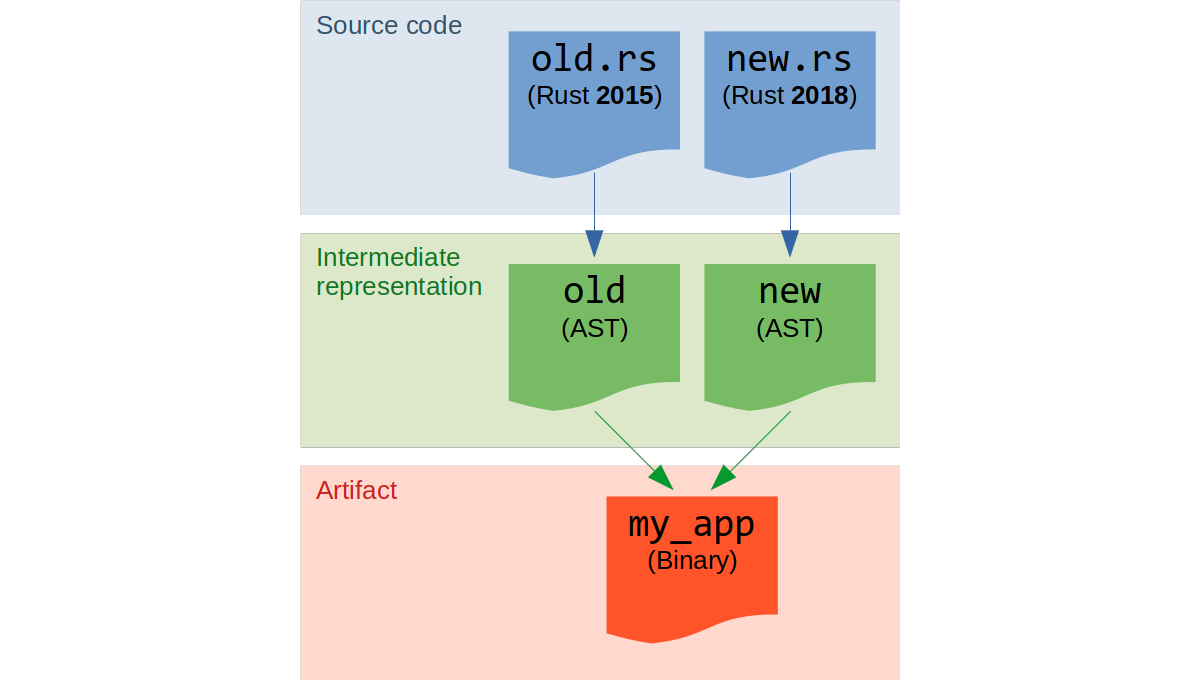 A nice example of a “breaking” change introduced in Rust 2018 is the requirement of using the dyn keyword for run-time polymorphism, making the presence of type erasure obvious to readers:

Finally, Rust provides tooling to automatically migrate old code to newer editions. While not perfect, it makes the migration experience as painless as possible.

The goal of this blog post is to convince you that we need an equivalent of Rust Editions in C++, and that it is possible and a good idea. In this article, I am going to refer to this hypothetical mechanism as “C++ Epochs”, inspired by the previous name given to Editions.

Our key to success is the introduction of Modules, which is now part of the C++20 Standard.

Since Modules are self-contained units that are isolated from preprocessor macros and textual inclusion, we could have a module-level epoch switch.

This would allow users to select what epoch to use. To avoid creating a plethora of dialects, I propose that each Standard should introduce a new epoch. Instead of having many little knobs, people would have to opt-in to every new Standard. 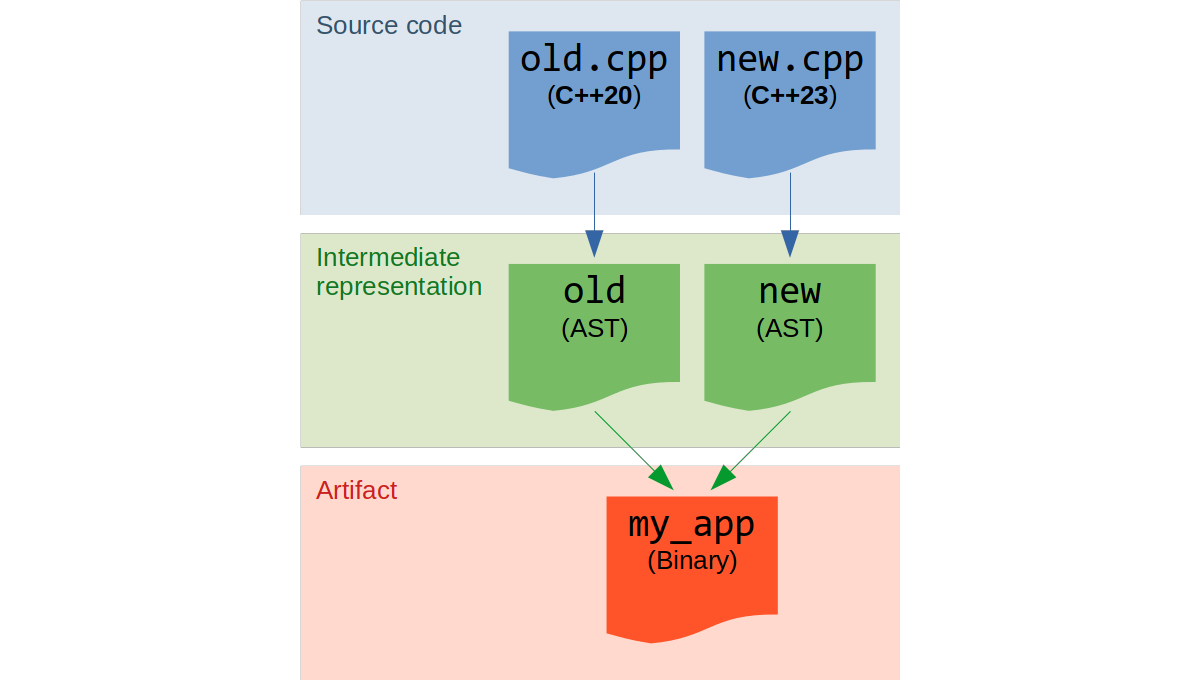 what we could change

We could finally improve the safety and expressiveness of the language, and fix many constructs that cause frustration and bugs. For example:

why are we not doing it?

There are three main reasons why we are not pursuing this path:

The first two points are non-issues - time will resolve them. Let me elaborate on (3) a little big: I informally floated the idea of epochs around in the WG21 Jacksonville 2018 meeting and was met with heavy resistance. I will list the concerns I have received and reply to them.

Lastly, I want to make this claim: if the Standard committee doesn’t do this, someone else will. It might start as a hobby project of some compiler enthusiast experimenting with modules. They will figure out: “hey, I can change C++’s syntax to something I prefer here by adding a module-level switch”. Then it will grow, and more people will use it, and… that’s how the community will be split.

We have an opportunity to fix, simplify, and evolve C++, and I believe we should take it.

I am happy to spend time to write a proposal, provided that the feedback to this idea is mostly positive. I would also like to hear the thoughts of Modules experts, compiler developers, and WG21 veterans before I start working on a paper.

Here are some interesting discussions on the subject:

Here’s my previous article where I discuss my Jacksonville meeting experience, including the informal epochs proposal:

AdBlock is enabled. Please consider disabling it to support the website. The ads are not intrusive.