A very rare occurrence on my blog, but this post is not (directly) about C++. Having spoken at several conferences and meetups, creating slides is a task that I’ve always found unsatisfactory for a plethora of reasons. I want my slides to:

My main operating system is Arch Linux, but I’m also willing to use Windows 10 to present. I’ve tried several slide creation applications in the past:

I was pretty sad about the state of slide creation software until I discovered Marp. It’s an Electron (node.js) desktop application with a split screen: you write Markdown on the left, and a live preview of your slides appears on the right. Perfect.

Markdown is, in my opinion, an excellent language for slide creation: it has minimal boilerplate, supports inline code and code blocks, and inline HTML for more complicated things. Marp has served me well in talks like “Implementing variant visitation using lambdas” and “You must type it three times” - creating the slides was mostly painless. Unfortunately, I encountered a few issues with it:

Marp is open-source, written in CoffeeScript. While I really dislike dynamically-typed languages, I can live with that. I also dislike the fact that Electron is a resource hog, but in retrospect it made hacking Marp a lot easier (e.g. all dependencies are easily obtainable with npm). I wanted to create a macro system for Marp, so I started experimenting on my own fork.

The first idea was creating some sort of syntax that allows simple token replacements (a la C++ preprocessor). The original design was something along the lines of:

Before rendering the Markdown, all occurrences of the token "foo" would be replaced with "bar". After implementing this I realized that I would have to basically reimplement the C++ preprocessor or something similar in order to achieve an useful level of flexibility. I then started thinking about integrating a template engine… when it suddenly hit me:

What if I just eval() the entire Markdown source?

Marp is written in CoffeeScript, which is basically syntactic sugar for JavaScript. JavaScript has an abomination called eval(...), which, given a string, interprets the string as if it was JavaScript code. You can imagine how many vulnerabilities have been created in the past due to the abuse of eval (e.g. calling it on a string provided through a POST request).

As I only want to write slides, I don’t really care about those vulnerabilities, and I don’t want to reimplement a preprocessor/scripting language. This was the perfect solution: cheap to implement and extremely powerful.

My idea was as follows:

Below are some examples. 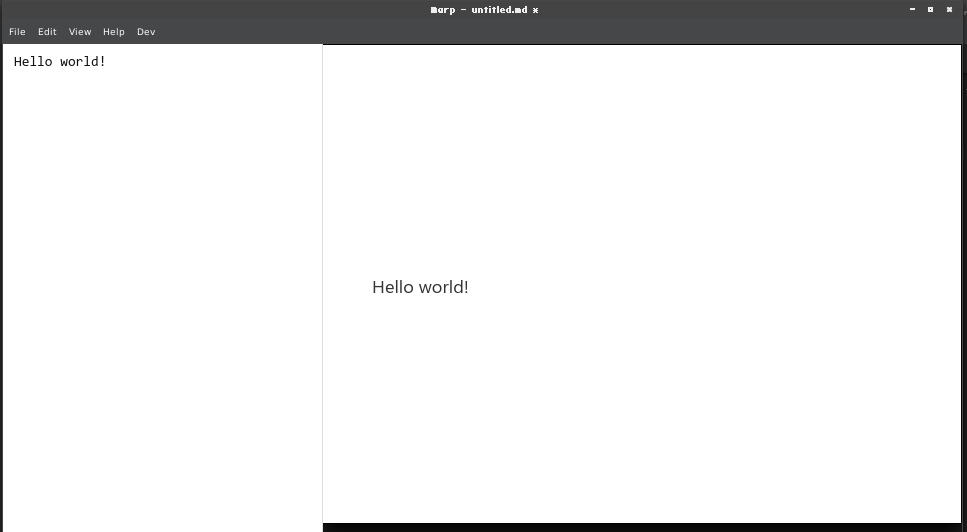 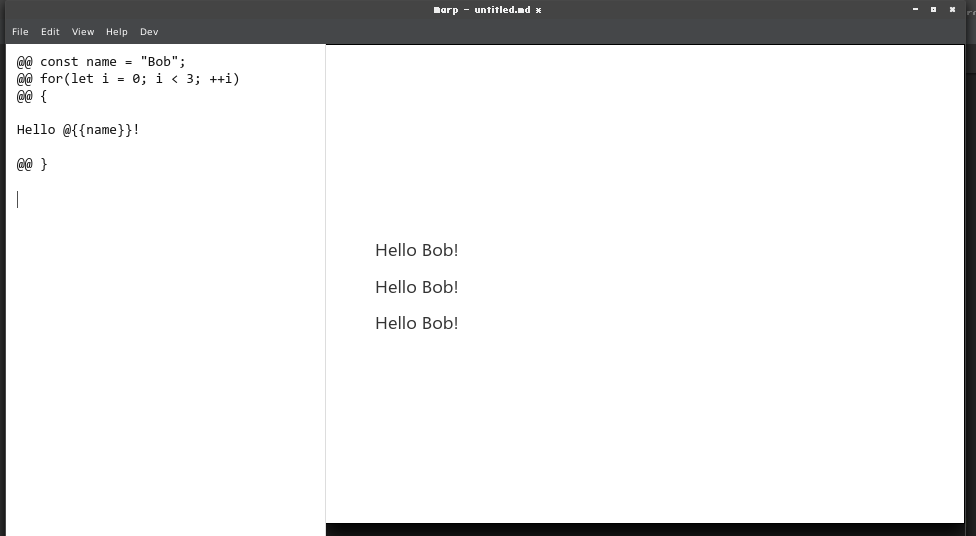 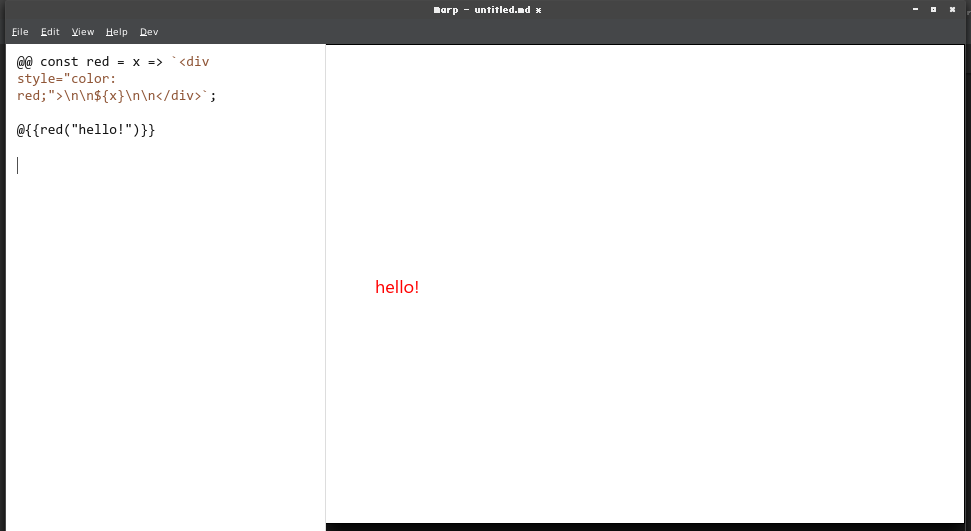 My fork of Marp can be found here on GitHub. Note that the code was quickly hacked together by someone with minimal previous CoffeeScript experience - the quality is pretty bad. PRs are always welcome.

Calling eval on the entire Markdown source with my custom @@ and @@{...} syntax allows me to:

Needlessly to say, I am very satisfied with this quick hack. The next major improvement is allowing the injection syntax to support multi-line arguments.

AdBlock is enabled. Please consider disabling it to support the website. The ads are not intrusive.